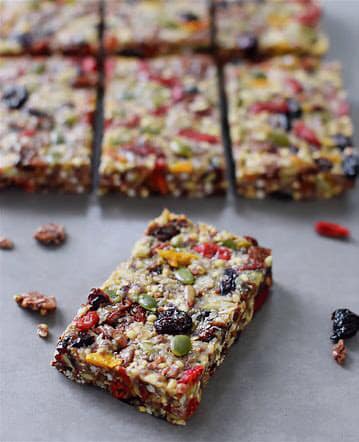 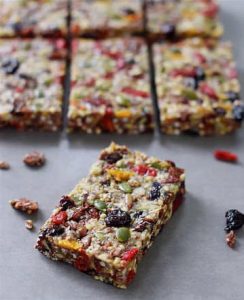 Fiona Lynn A disability is a long term condition that can cause restriction to day to day living. So I suppose taking into account the chronic nature of diabetes, it’s management and some of the effects is causes, it could (probably is) considered a disability. Depends your outlook and how you live with it as to whether you want to class it as a disability for you or not.

Sarah White Fiona Lynn so I may not consider it a disability but the government and any future employer might huh? So it’s not really a black and white answer but totally in the grey. Interesting.

Fiona Lynn Sarah White I don’t class myself as being disabled, however, medically, I would think it probably is as it’s a long term chronic condition, therefore, as such your employer should make reasonable adjustments to allow you to ‘look after yourself’. (I’m in the UK btw). There was a woman on here (I’m sure) saying she had never declared diabetes formally to HR/employer, as they all knew and worked with her as/when she needed to manage symptoms. Something happened and new management were introduced and it all kicked off as her diabetes was never formally recorded in HR – this was in the US. Certainly when it comes to life insurance over here it’s classed as a disability/condition. I’m with you, it’s not a straight forward black / white answer xx

Theresa Flaherty It qualifies as a disability so that, should you need some sort or accommodation for it, you’ll get it/ be protected ( in theory), like checking sugar. I wouldn’t check it in employment apps or anything. I don’t think that’s what they are asking for.

Julia Robertson I know what you
Mean.
I crossed out disability & put health issue
Then explained.
I am type 2 insulin dependant.
Control; good / bad.

Sarah Mae Type 1 diabetes is considered a disability under the ADA and I have no problem exploiting that. It also qualifies me for fmla which I find necessary to use as when I get sick/have days where diabetes makes me sick I tend to stay sicker for longer and this allows me to keep my job

John Spatafora The potential employer is trying to find out if they need to make any special accommodations as a condition for your employment. Example: If you say you are a diabetic and need regular snack breaks and time to test your blood sugar. If you claim disability as such and you are employed they cannot fire you for the same. On the other hand, if you do not and they find that this time interferes with you day to day duties you can be fired.

Cheryl Beers John Spatafora, employers have to comply with employees special needs if they have a disability, especially if they’re in a union. If you have a problem whether you’re union or not, if the employer doesn’t want to accommodate, they’re in violation of the American Disabilities Act. You’re right John, an employer can try to make things difficult or even try to fire you but that’s why the ADA is in place.

Lisa Byrd Cheryl Beers however in order to be protected as John said, ypu have to declare it. If you dont then you cannot be protected.

Lori Hale Life ins considers it a disability if u dont control it over 2 yrs..so yes it is for claims…but with every disability there is perspective…T2D is a dietary disease..so really its up to u how u run your life and your risks…me personally…its not going to define me

Leta Barton Stewart I hear all the “gray” issues. I guess each person must make his or her decision. I worked successfully with it until I retired. I rebelled horribly from age 14 (when I was diagnosed) until age 22. I have had an A1C under 7.0 since this type testing was first available. My last 2 A1C’s were 5.8 and 5.7. I am not at my perfect weight; this has been a struggle since I had to start injections in 1970. I wish I were more physically fit. I do do have a very busy lifestyle.

Leta Barton Stewart ? What is funny? Certainly my A1C was off the charts the first 8 years when this type testing was not available.

Kathleen Tapocik Fowler I feel that diabetes does not define me but adding it as a disability might cover me if I need to test or eat or if I get sick.

Michael Worrell Type 1 is considered a disability under the Rehabilitation Act because it significantly affects one or more major life functions. Specifically, it significantly affects the major life function of eating because we have to test our BG before eating, take medication before eating, sometimes delay eating if BG is too high, and sometimes eat when we wouldn’t otherwise do so because BG is too low.

I point you to the decision issued by the 7th Circuit Court of Appeals in Branham v. Snow for a more thorough legal interpretation of why type 1 diabetes is considered a disability under the Rehabilitation Act.

Type 2 – it may not be… depends on how it affects the specific patient.

Allison Gavin Brinkley You don’t have to utilize accomodations just because the law defines you as having a disability.

But the laws exist just in case someone with diabetes needs them for a legitimate reason. Everyone and every workplace is different.

Elaine Shillcock In the UK a disability is legally defined as a long term condition that has more than a minor impact on normal day to day activities, crucially disregarding any medication. So imagine the effect if you took no medication, if the impact is more than minor or trivial and will last 12 months or more or for the rest of your life, then it is classed as a disability.

Shara Threadgill When my endo wanted me to come in every six weeks, she wouldn’t sign FMLA papers so that I would not be penalized at work. She was all “you are just type 2”. SoI had to choose between my health and my job. Which at the time, were hard to come by.

Judy Simpson Koerth It doesn’t seem like one Depending on how much you are impacted by it. Some folks have lost their vision, or had a foot amputated, or have failing kidneys. If you are otherwise healthy then you blessed and don’t think of it as a disability.

Tom Stuve Are there not days your Diabetes can effect your performance on the job , in a way that others don’t have to even consider dealing with ? For that reason after dealing with type 1 for 38 years I consider it just that at times . Still though, employers don’t understand the hardships of dealing with it 24/7 so would probably not agree , for that reason I never list my diabetes as a disability . Also, embracing that mindset is not healthy mentally or emotionally, because some days with managing this disease are good , some not so much.

Jody Frahm Our body does not produce a hormone that we need to digest our food. So we cannot eat on our own without the help of a drug. That is a disability. You can, on some health care plans, can get a reduced health insurance rates if you are living with a disability. Your employer also gets a small discount for having disabled workers. At least in the US.

Abigail Rivera Hypos and hypers are covered by ADA because in that state we are temporarily disabled. Imagine also if you had a low and were not allowed to have a snack or your glucose tablets, etc. Or your sugar was very high and you were not allowed a break to take insulin. Most people have common sense but all it takes is that one person that doesn’t to make it an issue.

For me it was that one professor who didn’t understand how I couldn’t do a quiz because my sugar dropped, 4 years of college at it was only that one time with that one teacher to show me why the disability office had to be involved. Either way I’m glad they were there for me. They proctored all my exams after that where I was allowed breaks and time and a half.

Lisa Byrd Has an HR professional, an autoimmune disease is classified as a disability. The reason is, because if you get sick it takes longer for to heal. If there are complications then it could be life threatening. There are a lot of things that we cannot fight off, that thiuse without compromised immune systems can. Therefore, if we declare we have a disability it allows the company to make reasonable accommodations as needed to save our jobs. I have declared mine. I dont use my accommodations at this time, but if I ever need them they are there.

Cheryl Beers Lisa Byrd, after being a union representative, I was promoted to management in payroll for a very large corporation…and they made accommodations for me when I needed.

Mark Schweim I worked for a Chicken Processing plant in Enterprise Alabama that was ConAgra Poultry Processing when I started working there and was Pilgrim’s Pride Poultry Processing when I “left” in 2012. As long as the plant was a ConAgra company, they were VERY accommodating towards me and my diabetes, but after Pilgrim’s Pride bought out ConAgra’s Poultry Processing division and the plant I worked at, they “let me go” FOUR TIMES, each time claiming “We are NOT letting you go in any act of employment discrimination, it’s just that because you need to use Insulin to control your Diabetes, you should have never been allowed to be hired to perform the job you’ve been doing for us in the first place!!!”

The first three times they did that, getting the EEOC involved in fighting my case against the plant got my employment and job title/pay restored, but the last time the Hospital Blood tests showed that Ketones in my blood caused Acetone in my breath resulting in FALSE POSITIVE Breathalyzer test results causing me to get fired for having been “under the influence of alcohol while on duty” and although EEOC again ruled in MY FAVOR, that time Pilgrim’s Pride decided that they’d pay the FOURTH FINE issued them because of their actions against me, but they now had nearly $4 million reasons to not let me return to the company. EEOC told me they had doubled the fines each time and the processing plant, when they said they wouldn’t let me return, told me my getting EEOC involved each time had already prven that I wouldn’t roll over and take it and since I’d already cost the plant over $3.5 million in fines, there was “no way in hell” that they’d let me return working for them.

Mark Schweim Lisa Byrd things would be looking even better for me if housing costs were low enough around the Mankato MN area that I could afford to live by myself instead of having had to move back in with my parents to get housing I can afford while getting over$20/hr. Where I was living in Alabama I was able to afford to live by myself while getting paid less than $10/hr.

Mark Schweim Based on my experience, I’d recommend that if you have any type of Diabetes, your best employment opportunities even if there is a Pilgrim’s Pride location within walking distance of your home would be any place OTHER THAN PILGRIM’S PRIDE!!!

The Enterprise Wayne Farms poultry processing plant told me when I applied there, “we want to get you working with us, but it appears that Pilgrim’s Pride managed to get your name blacklisted for employment with any meat processing companies within the Southern Alabama and Panhandle Florida areas.”